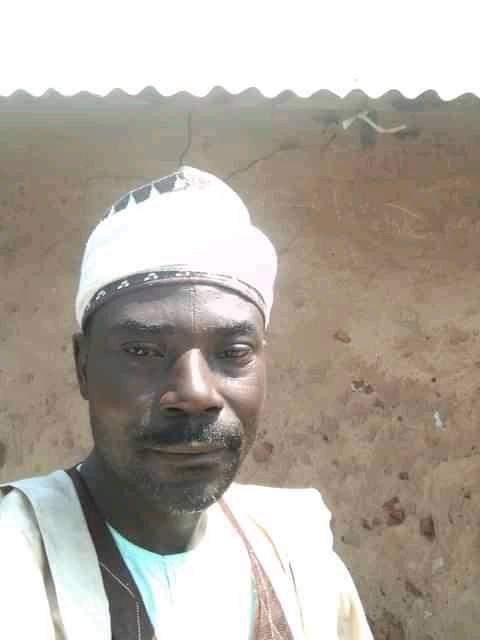 Abdullahi Usman, a resident of Wase, who confirmed the incident to Daily Trust, said that the traditional rulers were on their way to a hospital near Wase town to visit a patient when the gunmen attacked them.
"The body of Mustafa Ibrahim has since been recovered by the police and handed over to the family. We were at the scene of the incident this morning (Thursday). The deceased has been buried. The other victim, the village head of Yola, Muhammadu Adamu, has returned home, but the criminals went away with the motorcycle,” he added.
The deceased traditional ruler was buried on Wednesday.
Attachments area

THE leader of the Lagos4Lagos Movement, Mr Olajide Adediran, popularly known as Jandor, has formally declared his interest to contest the Lagos State governorship election on the platform of the Peoples Democratic Party in 2023. Adediran, who defected from the All Progressives Congress to join the PDP, made the declaration on Thursday during an event…

THE Kaduna State Government has clarified that there was no herder’s settlement razed in Kurdan community in Zango-Kataf following the Sunday night’s killing of no fewer than 37 people in Agban Kagoro.  On Wednesday, while giving an update on the security situation in Southern Kaduna, the state Commissioner for Infernal Security and Home Affairs, Samuel…

THE Lagos State Governor, Mr Babajide Sanwo-Olu, has said the proposed Lagos State University technology hub will promote creativity and innovation that will develop the state. Sanwo-Olu disclosed this on Thursday during the 25th convocation of LASU held in the university’s auditorium, Ojo. The governor urged the graduands to use their acquired education, knowledge and…

AS the clamour for a young Nigerian to succeed the President, Maj.-Gen. Muhammadu Buhari (retd.), in 2023 becomes louder, 700 women groups across Nigeria trooped to the streets of Umuahia, the Abia A capital, on Thursday, to solicit support for the presidential ambition of the Kogi State Governor, Yahaya Bello. The women insisted that they…

THE Inspector-General of Police, Usman Baba, has ordered the immediate distribution of additional batches of uniforms, kits, accoutrements and body armours to police inspectors and other ranks. He further directed the allocation of 253 newly-procured operational and emergency vehicles to police formations across zonal and state commands nationwide. A statement on Thursday by the acting…

I have not quit politics, says Uduaghan 1 min read

I have not quit politics, says Uduaghan

FORMER Delta State Governor, Dr. Emmanuel Uduaghan, on Thursday said he has not quit politics, contrary to media reports suggesting otherwise. Uduaghan made the clarification in a statement made available to our correspondent by his media assistant, Monoyo Edon, in Warri. Edon insisted that the reports, which emanated from the Press Week of the Nigeria…

You belong to the group in Osun PDP supporting Prince Dotun Babayemi. Another group is backing Senator Adeleke as the flag-bearer of the party in July governorship  poll. Why is this division this time around? You cannot build something on nothing. Sometimes last year, court affirmed Soji Adagunodo as the chairman of the party in…

THE umbrella body of estates and communities from 1004 Estate to Epe, Lekki Estates Residents and Stakeholders Association, has appealed to businessman, Alhaji Aliko Dangote, to help provide transportation infrastructure in the area. According to a statement on Thursday, LERSA made this appeal in a letter to Dangote, signed by the President, Olorogun Emadoye, and…

Nigerian universities are shut down by a warning strike now in its fifth week, thanks to official inattention; but Nigerian scholars at home and abroad continue to insert their work and forte into global discourses and the fast-paced flow of innovations. This is not the place to discuss why Nigerian scholars based at home are…